Before this year, my boyfriend had never left the US (besides Canada), SO I decided to plan a
trip for us to go to the places we could find the cheapest flights to–Sweden and Denmark. 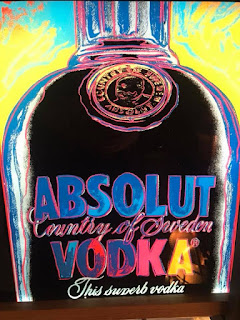 SWEDEN
We flew directly from NYC to Stockholm, and our flight landed around mid day so luckily it was
pretty easy to make our way to the hostel. We stayed at Castanea Old Town Hostel, located in
Gamla Stan. Let me tell you-the PERFECT location! It served as the perfect spot to wander
around Gamla Stan from and there were so many delicious cafes and restaurants around it. I’d
highly recommend staying here—it was clean, decently spacious, and not a bad price for the
impeccable location ($30USD per night for each of us). Really the only downfall was the lack of
a social atmosphere, but that was probably due to the fact that we were traveling during off
season. There was a kitchen which was awesome, as we managed to save a little bit by being
able to cook dinners in instead of spending a lot more money at notoriously expensive Swedish
restaurants. We managed to see an awful lot during our short 3 days there.
The star of the area was probably Djurgården, where a number of amazing museums were
(Vasa Museum, NordicMuseum, Viking Museum, and the Sprit Museum). My favorite was
probably the Vasa or the Sprit Museum. We also visited the Swedish Army Museum, which was
easily Kyle’s favorite of them all. Overall we got to see a lot of places and do a lot. Stockholm is
a great city, I’m just not sure if I’d return again in the winter. It was a bit dreary and grey.


DENMARK
After our stay in Stockholm, we flew a short 35minutes to our next destination—Copenhagen.
Let me preface this by saying I. LOVED. COPENHAGEN. There was just something about it that
really made it stand out to me and it was the most enjoyable part of our trip. We stayed at
Generator Copenhagen, Adelgade 7, Copenhagen, Denmark, which was again, a prime location
for a decently low price ($27USD)—just down the street from Nyhavn and all of the sights. It was
clean and the bar was pretty poppin’, but there were a few downfalls. First, it was a bit cramped
in the room, due to the lockers being under the bunk beds, making it impossible for 2 people on
opposite sides to have their bins open to get things out of their bags. I would’ve much preferred
stand up lockers. Second, the bar was open to the public so we found it difficult to meet people
as many were locals and didn’t care about making friends with travelers. It was also really
expensive, so we ended up just buying alcohol and bringing it down to the bar with us. We also
woke up the next morning and went down there and it looked as though there were people that
slept in the bar/common area…gross and kind of skeevy in my opinion. None of this really
factored into how much we enjoyed the city, though. Our first night, we wandered around the pedestrian shopping zone, which reminded me a lot of Munich. Our 4 days were then spent running around like mad men trying to make sure we got to see as much as we could while still enjoying ourselves, which me managed to do. We visited a couple of palaces, the Armory museum, and a place unlike I had ever seen–Christiania. If you’ve never heard of it, it’s a self-proclaimed autonomous, anarchist district of Christianshavn, Copenhagen. 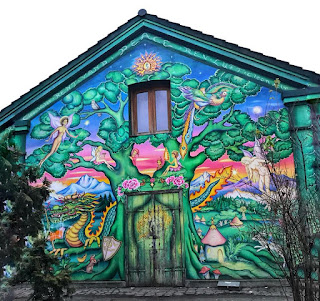 Essentially, they make their own rules and the police don’t stop them. It’s something that can’t be easily described, so if you find yourself in Copenhagen, I highly recommend taking a stroll down there. You’ll be amazed. Another place that I would highly recommend visiting would be the Old Carlsberg Brewery, the first microbrewery of Copenhagen, founded in 1847. You visit an exhibit that takes you through the history of the company and showcases a number of pieces of equipment that have been used in the brew process over the years. I suggest doing a tasting as well, because you get to try a few different beers brewed by the company (and manage to get a bit tipsy), plus a free drink at their bar. We followed it up with a visit to a canteen-style bar called War Pigs, which was American BBQ paired with 30 or so microbrews on tap. So delicious! I would love to be able to revisit Copenhagen, especially in the summer when things are a bit more cheery and lively. 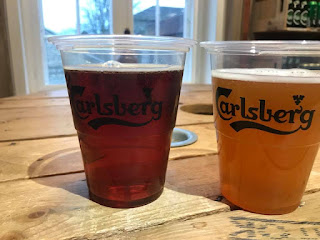 Our first trip to Scandinavia was a (expensive) success! There’s so much culture that we never
really hear about here in the US, so it was a nice change of scenery.

I QUIT MY JOB…

HOW TO VISIT SINTRA FROM LISBON

HOW EXPENSIVE IS AMSTERDAM?!