I’m from the United States, where adults can’t legally drink alcohol until we’re 21 years old. That’s why those close to the northern and southern borders often cross over to go party and bar hop, since they can’t legally do it here. Because of this, Americans tend to go all out party crazy when they visit places where the drinking age is 18 (or sometimes even younger). I’m not really a partier, but I do know how to have fun. One of the most important things for me to try when I visit a country is try the national drink or alcohol-almost as important as food! Time to dive on in! 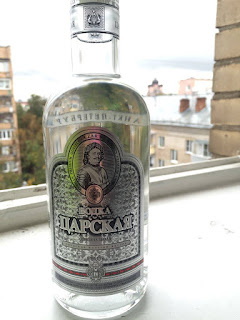 I lived in Moscow for 5 months while I was studying abroad, so I became very familiar with the ever simple yet adored vodka. My roommate Rachel and I decided to try a new brand of it…every single week. The one thing that we found pretty much across the board, both with dirt cheap (all of it?) brands and top shelf, was that it was so. EFFING. SMOOTH. Typically American vodka burns like hell going down and coming up. Did I mention it was cheap as???

Serbia
The hostel I stayed at in Belgrade was super cool and supplied us with never ending amounts of rakija, a sweet liquor made of honey and plums that is native to the Balkans. It’s pretty strong but instead of taking shots of it, it is so much better just sipping it.

Germany and Czech Republic
Both countries are world famous for their brews so naturally I had a blast in both places. In Prague I visited the Prague Beer Museum (not actually a museum) and had an amazing chocolate stout before visiting the Czech Beer Museum (actually a museum). The first time I visited Germany I obviously had to order a liter of beer at the Munich Hofbrauhaus. 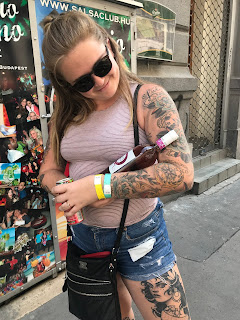 Hungary
Palinka…you either love it or hate it, there’s not really an in between. It’s a traditional fruit brandy that I surprisingly loved it, and was sad that I had waited until my last night in Budapest to try it! For me though, the star of Hungary was DANKO! It’s cheap, rolling under the bottom shelf wine that is about a euro and change…perfect for pregaming or getting annihilated in the middle of the day.

Yeah, traveling isn’t just about partying, but when you’re young and have nothing to worry about, who cares?

Saving as a Millennial