I didn’t have my first passport until I was fifteen and needed one for my exchange trip to Russia. I never realized I needed one, as my parent’s had only ever been out of the country once on a cruise to Mexico. Almost six years later, it’s my most prized possession. I keep it in its Italian leather case 24/7 except when walking through passport control. My current one has taken me to twelve of the thirteen countries I’ve visited, has two Russian visas, and a growing collection of stamps documenting the places I’ve been. It has been my key to the world. 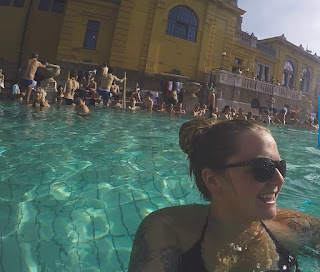 It’s shocking how many Americans don’t hold a valid passport-nearly 65%! That means only one-third of US citizens can leave the country. While that number has increased from only 20% in the early 2000’s, it goes to show how many people see no importance in seeing or truly learning about the world. Global education is an incredibly important skill and tool for life, especially for younger generations as we grow up in an increasingly international and relatively borderless society. Nowadays, its rare to meet a college student who hasn’t studied abroad or done a service trip abroad, some even interning abroad. It’s incredible what a simple book of pages and drive can do for you these days.

Crossing borders brings you into societies that may or may not be like our own, which forces you to sometimes think outside the box when you’re in a strange place and don’t speak the foreign language. It forces you to rely on yourself instead of others and in turn you learn a lot about your true capabilities.

I wish that I had been able to travel more at a younger age, but I feel as though I value it more now than I would have, and I’ve been able to learn a great deal more than just how to say “hello” in a number of languages. The world is open for us to see, so go out and see it before it’s too late.

Saving as a Millennial

BudaBEST-The Greatest City in the World