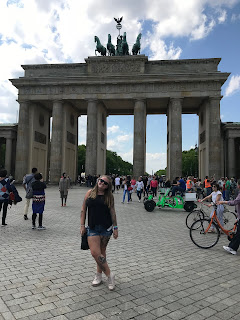 We’ve reached the end of my comprehensive posts about my 6-week long backpacking trip through central/eastern Europe…BERLIN! I honestly went into Berlin having absolutely no expectations. It was the result of other travel plans falling through, and I always imagined myself not really liking it. It was the complete opposite! it was honestly one of the first modern cities that I actually enjoyed. It also helped that I got to explore with a close friend I had met in Budapest, which was great considering there was absolutely ZERO social atmosphere at my hostel. Now…into the good stuff!

Where I Stayed
Ballhaus Berlin Hostel wasn’t horrible. It was clean, pretty inexpensive and relatively close to the sights. Like I said before though, absolutely no social atmosphere. It wasn’t anything to really complain about considering I had booked it only a few days prior and most of the good places were booked up already. On the plus side, there was an awesome and cheap burger joint across the street, an ice cream shop next door, and a ramen place down the street!

What I Did
So. Much. Walking. I’ve found transportation in Germany to be very nice but very expensive…about as expensive as it is in New York City, so a large majority of the time we simply walked from place to place. The first day I arrived I was absolutely knackered from my long travel day, so I simply went to bed and slept for thirteen or so hours so I could wake up refreshed to explore a new city. Since Zoe arrived the afternoon after me, I did a bit of walking around by myself and visited the Soviet War Memorial, the Reichstag, and the Brandenburg Gate before heading to meet up with her. After grabbing a quick bite to eat at Starbucks, we did a general walking tour and our guide was so informative and absolutely fantastic. We visited the Memorial to the Murdered Jews of Europe, the site of the bunker in which Hitler killed himself (now filled in and a car park), the Berlin Wall, the only remaining Nazi-constructed building, and Checkpoint Charlie. We also spent an entire day on Museum Island, visiting the Altes and Neues Museums and the Pergamon, all of which were included in one combined ticket price of 18 euro and were all so cool and interesting! Plus, Zoe has a knack for classical history, so I had my own little tour guide! 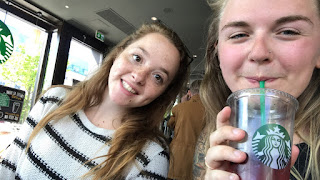 The East Side Gallery was a totally different piece of history that is pretty different from most other Cold War/socialist era remnants. A long expanse of the former Berlin Wall has been turned into a street art space where large murals with a range of different themes have been painted onto the wall that separated the city and its people. It was honestly one of my favorite parts of the city. 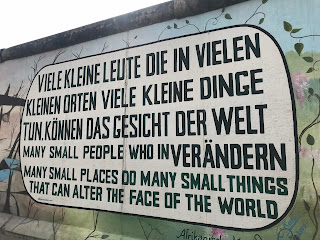 Berlin was a little bit bitter sweet for me. It was the conclusion to a whirlwind trip that changed me and I was heartbroken to be leaving such amazing memories behind. The six weeks I spent learning about myself and about the amazing places I visited, living my absolute best life were six weeks that are impossible to fully comprehend.