Ah, the everlasting debate over which is the better travel companion. 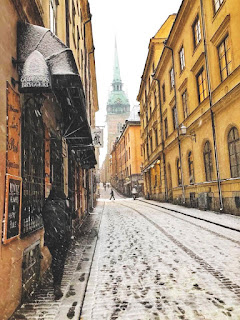 My first ever trips abroad, both of which were to Russia, I was accompanied by massive suitcases. I brought one full to the brim for a two week trip-taught well by my mother and grandmother who are notorious overpackers. One has to have three outfits per day, right? It was how I always traveled, whether it was a weekend away or a week in Florida. My second trip to Russia, I was going for five months and thought it was a bright idea to pack to the brim, again, only this time it was not one but TWO suitcases. Yes, it was nice to have absolutely everything I needed. I actually did use everything I brought, something that was extremely surprising for me. However, I learned just how difficult it was to travel with that much stuff.

Navigating through the airport with two massive rolling suitcases was incredibly difficult, as there was not that much space inside of the small restaurants that were in the terminal of Sheremetyevo. Myself and another girl on my program who had been on my flight had about six hours to kill in the airport before everyone else arrived and our program director would come to pick us up. Once some more girls from the program began arriving, we all couldn’t fit ourselves and our things in the small rows of seats, so we found an open wall and set up camp for awhile. When we were picked up in the large minibus, there almost wasn’t room for all eight of us and thirteen or so suitcases- nearly everyone had two bags. Getting all of our things into our apartment building was a whole fiasco and a half. Everyone who has traveled within Europe knows how notoriously small their elevators are. Well, they’re about half the size of a normal lift. Enough to fit two, maybe three people if you are lucky. And if you have large bags? Good luck with that. Luckily my roommate and I were the first people done with registration, so we were able to run down to the lobby where we had been forced to leave our luggage and take multiple trips up in the small elevator, only to still have to pull our luggage up half a flight of stairs to our apartment. It was an absolute nightmare. One I would not care to deal with again.

Since then, I have been a strong proponent for carry-on only travel. It is so nice to be able to breeze off the flight, backpack in hand. No need to wait at the luggage carousel, no need to try and shove an overpacked suitcase into the trunk of a taxi nor in the undercarriage of a bus. The ease of travel is one of the most freeing things about backpacking. Sure, it can be difficult to stay under carry on weight limits, especially for strict budget airlines like Norwegian, Ryanair, etc.

Cobblestone streets are also a nightmare for those with suitcases. The wheels bump, get stuck, and risk getting broken, whereas with a backpack it simply sits on your back and is as comfortable as you buy it or make it. Carry on only gives you a lot more freedom in my opinion, and is also a major key in saving money on traveling or traveling on a budget. Most budget airlines make you pay extra money for a checked bag, which essentially defeats the purpose of flying that airline, as it makes the ticket as expensive (if not more) than a ticket on a typical airline.

All in all, I would recommend everyone give carry on travel a try. Yes, it is difficult to narrow down what you’re packing to fit in a bag that fits carry on requirements, but it is so worth it being able to save time, money, and the headache of checking a massive suitcase with your entire life in it (and risk it being lost). Which luggage do you prefer to bring with you on trips? Let me know in the comments!

Stop Telling Me to Be Careful