I think deep down, I’ve always wanted to see the world. Growing up watching movies like
Chasing Liberty,What a Girl Wants, The Lizzie Mcguire Movie, etc., I saw young girls getting to explore
these magical cities for a myriad of different reasons. Looking back ten years later, I have become one
of those girls. While traveling is not all sunshine and rainbows, I wouldn’t trade the opportunities that I
have for anything at all. I’ve gotten to live in one of the most wrongly perceived countries in the world
and it was a place I absolutely fell in love with. 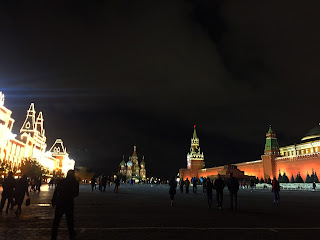 Moscow and Russia as a whole seemed like a dream that I would never be able to achieve–until I did.
It exceeded my expectations and went above and beyond, setting the bar impossibly high for every
destination reached afterwards. I found myself in Moscow, living in a place where I knew no one, feeling
as though every hour I had spent studying Russian growing up had done nothing for me, as I understood
almost nothing that anyone said to me. It broke me down the first two weeks I was there, even making
me question whether or not I had made the right decision in leaving home and moving to this strange
foreign place on my own. Then it all clicked for me. I found my passion again, I rose up from that hole
and made those five months the best and most adventurous months of my life. 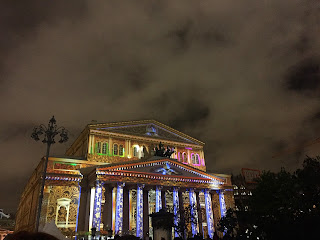 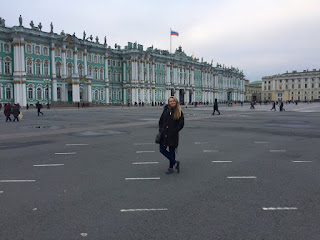 I loved nearly every aspect of it–the food, the culture, the history, and most importantly, the people. I
made lifelong friends with people not only from around the US but also around the world. I had the
opportunity to reconnect with those friends I had met years prior on my first voyage to the strange but
mind blowing country that is Russia.

Through the struggles, the fears, and the tears, I discovered who I truly am–I am a girl who’s heart and
soul wanders the globe freely, unbound and independent. 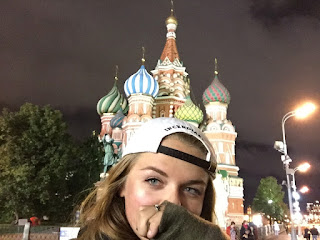