4 days in Belfast marked my official FIFTEENTH COUNTRY! This year has been such a whirlwind of adventures, and it isn’t even finished yet! Belfast had such a great, chilled out vibe that made me absolutely adore it. 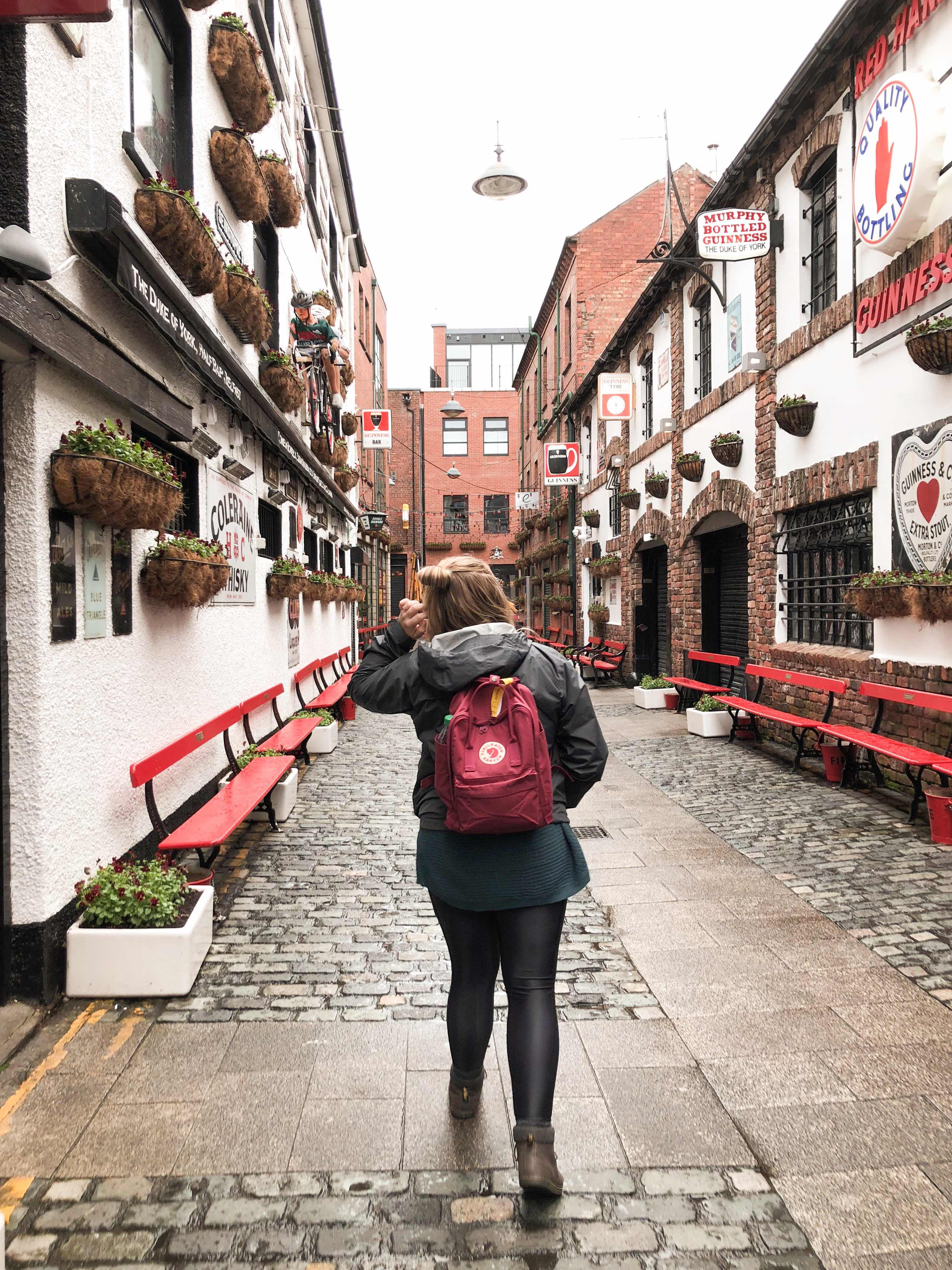 We stayed at an AirBnB located right next to Queen’s University and the Botanical Garden. It was a bit of a walk to most of the main sights, but the fantastic food and drink options around us definitely made up for it.

The Belfast transit system isn’t extremely expansive, so we did end up walking most places. We only really took transit when we were going to West Belfast and the Titanic Quarter. It was pretty affordable, only around $5USD or so for a full day pass. I found travel in general to be pretty inexpensive throughout NI. On our day trip to Bushmills and the Giant’s Causeway it was incredibly easy to get to, from, and around the region…you just need to have the timetables on hand!

Oh Belfast…there was just SO much to see in such little time. I’m so glad we managed to see most of it! As usual, I’d always recommend starting out with a FREE walking tour (that can be found in nearly every major city in Europe). You typically get a great overview of the city from guides who do their absolute best to give you the best your possible, both because they love doing it and because they rely solely on tips! In addition, you can usually get some great recommendations on bars/restaurants/things to do around the city that you may not be able to get otherwise. We ended up at a great bar/restaurant because of our tour guide!

Belfast Titanic has been repeatedly named one of the best tourist attractions in the world, and it was clear why when we visited. Being an avid Titanic fan, a lover of history, and weirdly interested in the sinking of the ship during my childhood, it was an amazing experience to get to visit the place where the ship was actually built! It’s not a museum, just more so of a learning experience as it tells the stories of all the parties involved in the creation, building, sailing, and eventual sinking of the unsinkable ship. Afterwards, we were able to hop on a bus all the way to West Belfast and walk around the areas most affected by the Troubles, including the Bobby Sands mural and a memorial garden dedicated to those lost in the conflict.

I found the Ulster Museum to be a great FREE museum. There was a ton of exhibits on literally everything pertaining to Ireland, Northern Ireland, and even the UK, from prehistoric times leading up to the Troubles. It was so informative and it was great learning so much about an area of the world that I really don’t know a whole lot about. 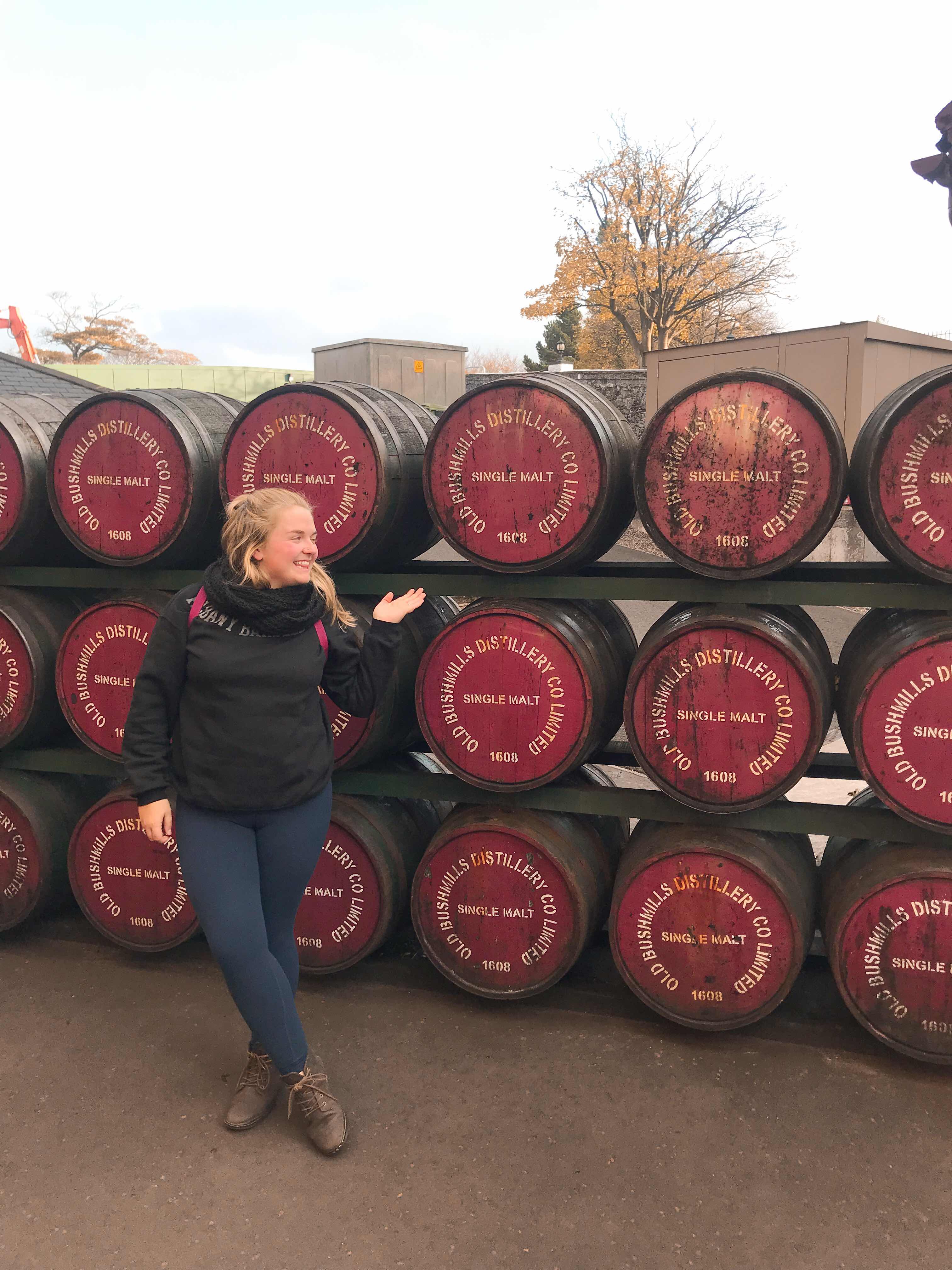 No trip to Belfast (or Northern Ireland for that matter) is complete without a trip to the Giant’s Causeway! The Causeway is made up of thousands of basalt columns formed by cooled molten lava. We also made it a point to make sure that we got to the Old Bushmills Distillery as well, because when in Ireland, right? Luckily, the Causeway is just a short 10 minute bus ride from Bushmills. 😃 We spent around 2 hours walking along the trails and down by the water, including walking pretty far out onto the outcrops…narrowly avoiding a massive wave as the tide unexpectedly came in on us. It definitely made for an adrenaline rush before heading off to the distillery! The distillery is amazing in and of itself. You actually get a tour of the areas where the whisky is made at each stage and see workers monitoring and testing it along the way! No photos are allowed since there’s alcohol vapor in the air and the slightest amount of electricity or spark could wreak havoc, but the bar at the end of the tour has some great photo ops! At the end of the tour you get a tasting of one of Bushmill’s signature whiskeys AND a ticket for a free drink at their bar…what a deal! We stuck around for a bit and had a few drinks, as it was a great experience and we happened to have some time to kill before heading back to Belfast.

On our final day, we decided to hop down Dublin to visit the Guinness Storehouse. Now, if you’ve read my blog since the beginning you know that I actually spent a long weekend in Dublin around the same time last year, so it was super cool getting to go back and navigate my way through the city again! Since I didn’t get the chance to make it to the Storehouse last time around, I jumped at the idea of going this time. It was AMAZING! It’s incredibly busy so you do have to wait sometimes, but wow did it blow my mind. The way they told the story of Guinness and it’s brewing process was incredible, plus your ticket got you a free pint! We were actually able to do the Guinness Academy experience where you’re taught to pour the perfect pint, something that really is unique and such a cool experience. To top it off, you’re able to head up to the top of the Storehouse for a 360° view of Dublin—absolutely stunning. 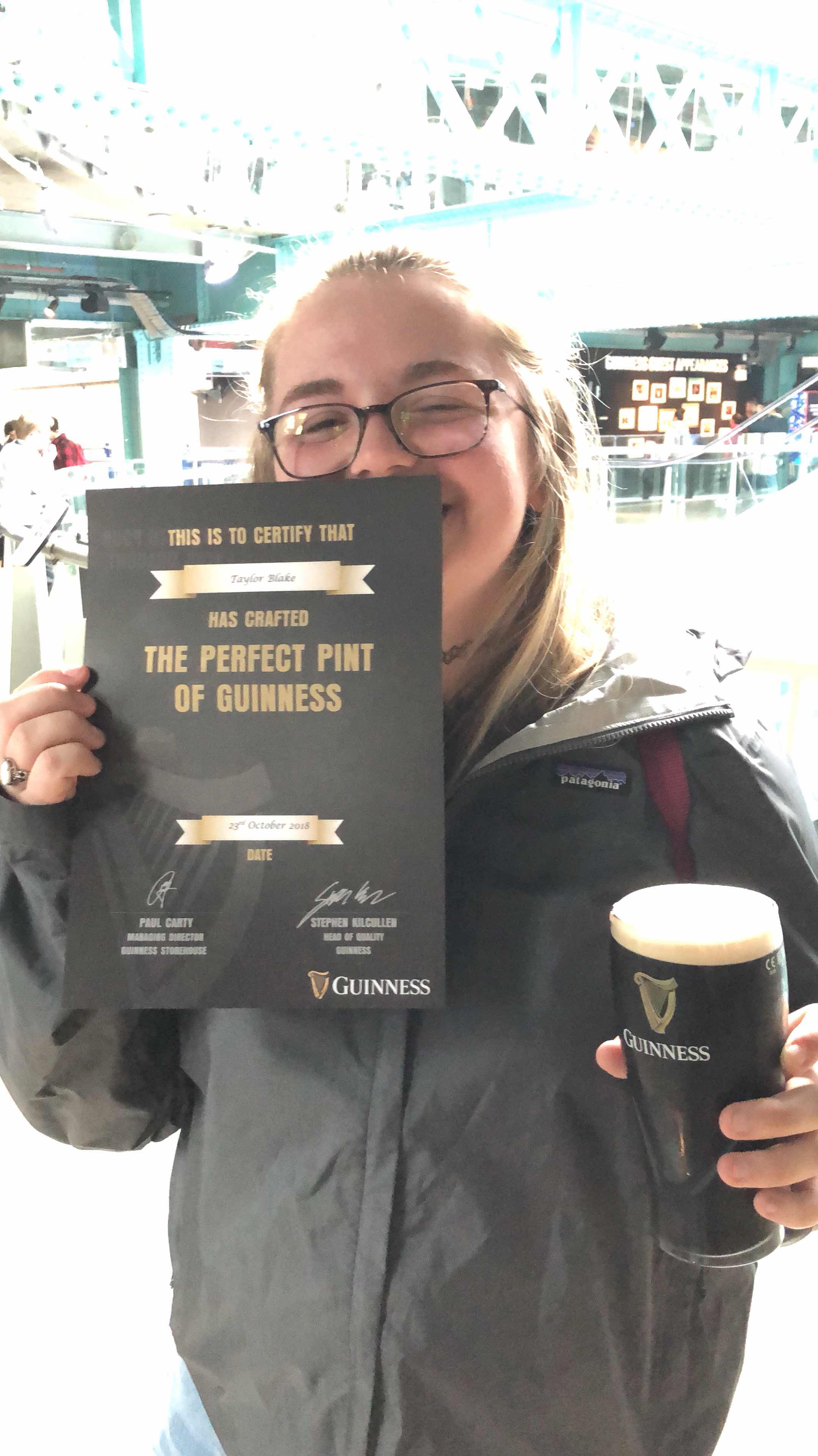 All in all, Ireland (and NI) is probably one of the coolest places to go to, especially for novice travelers. There’s so much history, culture, natural beauty, and experiences for literally anyone! Belfast was a city that I never really thought about visiting because I knew nothing about it, but it’s really a city that I’d highly recommend to anyone! Plus, it’s a fraction of the price of Dublin and about a 1/3 of the people and tourists to shove through! Be sure to include it on YOUR next trip!

The Silver Lining of the Go